Peasant Women Demand the Shut Down of a Coal Plant

The militant peasant women group National Federation of Peasant Women (Amihan) together with various environmentalist organizations, farmers and fisherfolk groups recently protested in front of Calaca coal plant to call for its closure.

Amihan chairperson Zen Soriano said that "the people were victims of deceit and false promises of development. They were assured of regular jobs for every family member per household but the coal plant's more than three decades of operation has been a life of hardship and suffering."

"Fisherfolk and peasant families bear the burden of the adverse effects of such projects while the capitalists feast over millions of pesos," said Soriano.

"Houses were demolished and families dislocated; residents suffer from different illnesses such as lower respiratory tract infections, pneumonia, hypertension and diarrhea; damaged livelihood such as decreased fish catch while many others who depended on agriculture resorted to seasonal and odd jobs like construction worker, household helper, and farm worker," added Soriano.

Amihan assailed the Aquino government for the increase of coal plants in the country citing the approval of the construction of twenty nine coal plants during his term despite the Philippines' commitments to the use of clean energy and the global call to stop using "dirty" fuel.

The group called for a stop to the rehabilitation and expansion of the Calaca coal plant and pushed for a cleaner energy source.

The group also urged the newly-elected officials especially presumptive President-elect Rodrigo Duterte to stand firm on his campaign slogan "Tapang at Malasakit" and lead the country and the people's fight against coal power plants and for environmental and social justice. 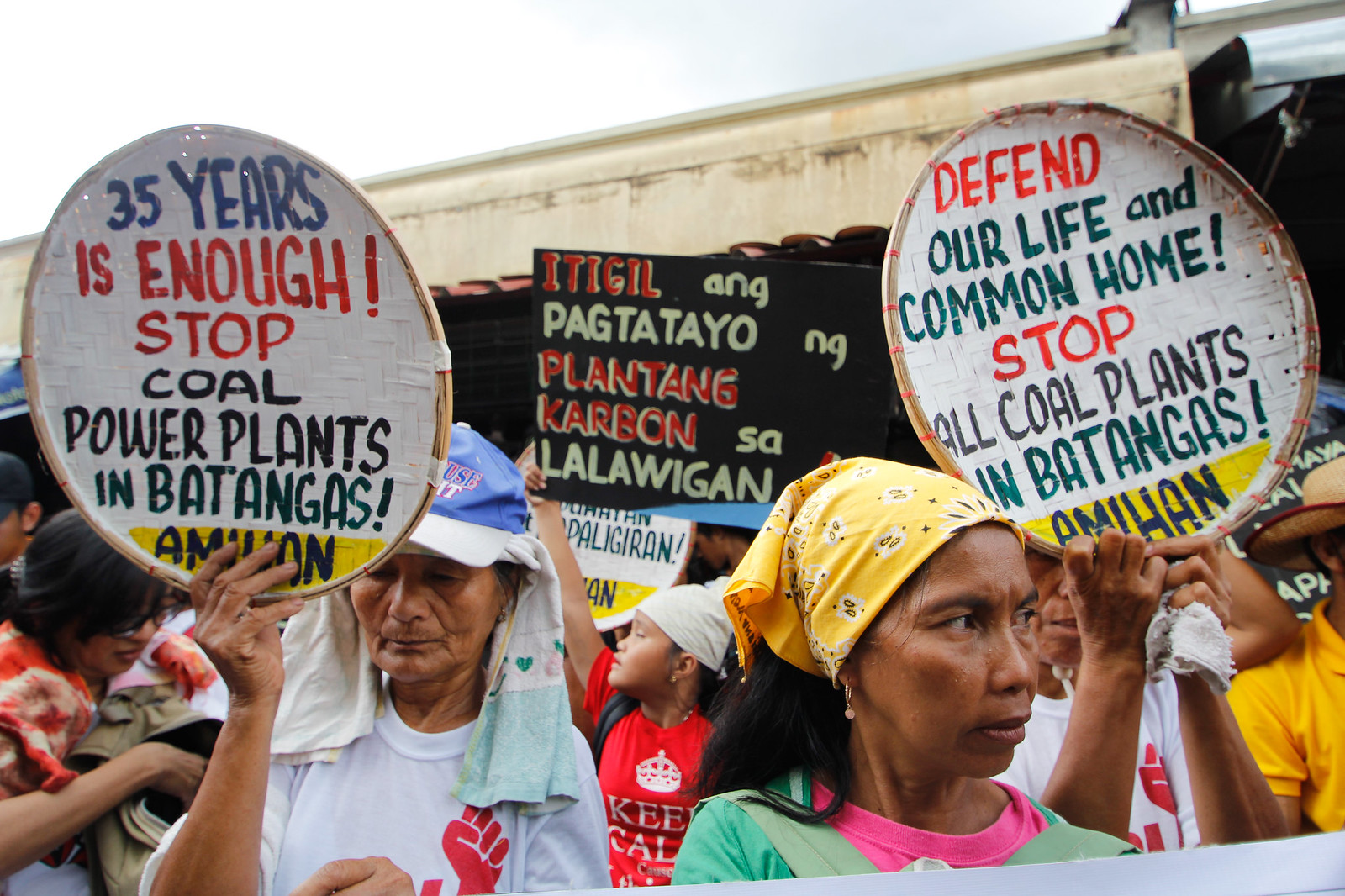 You can find more information here:

Or add your support to this movement on their Facebook page: